Key West is an island city some 4 miles long by 1.5 miles wide. The island is located at the southern end of U. S. Highway 1, 153 miles southwest of Miami, Florida and 93 miles northwest of Havana, Cuba, at 24.5 degrees north of the equator. Key West is the county seat of Monroe County. The city occupies the entire island as well as a portion of neighboring Stock Island to the northeast. The principal industry is tourism, and the U. S. Navy and Coast Guard maintain a presence here as well.

Due to the proximity of the Gulf Stream in the Straits of Florida, and the tempering effects of the Gulf of Mexico, Key West has a notably mild, tropical-maritime climate.

Daily temperature variations throughout the year range about 10 degrees. Winter cold fronts tend to be modified by the warm water as they move in from the north, keeping monthly average temperatures typically only 15 degrees lower in the winter than during the summer. There is still no record of frost, ice, sleet, or snow in ever occurring in Key West, but ice has been reported in the Upper Keys.

December through April, referred to as the dry season, receives roughly 25 percent of the annual rainfall, usually ahead of cold fronts. June through October is considered the wet season, receiving approximately 60 percent of the yearly total in showers and thunderstorms.

Download a full demographic and economic profile of Key West Florida below! 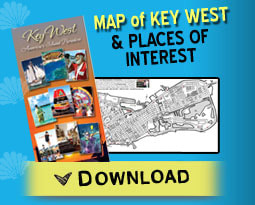 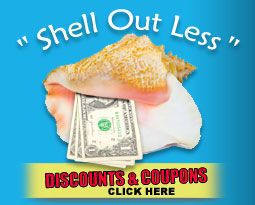 Thank you for visiting our website.  Planning a vacation to Key West?  If you need any assistance planning your trip from places to stay, restaurants, or activities please contact our office directly at 305-294-2587.